MKW has been considered the specialist for low-level laser systems since 1986.

MKW conducted pioneering work in veterinary medicine as early as 1991, presenting the world’s first laser comb for the large-area treatment of furry animals. This treatment method kept being advanced. It achieved its first absolute culmination point in the laser shower PowerTwin 21 – a laser shower which can be retrofitted into a laser comb within seconds.

Treatment of smaller areas and specific point treatment – especially trigger and acupuncture points – can be performed with the laser pen LA-X. 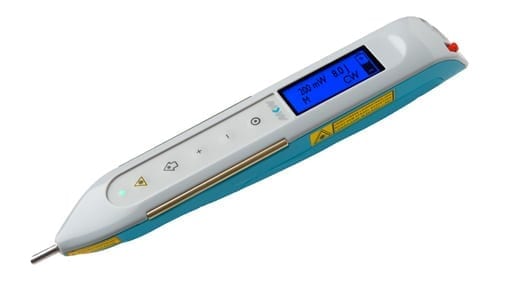 Acupuncture also helps in animals. This applies to traditional acupuncture as well as to the modern variant with laser light. The method remains in principle, only just completely painless treatment.